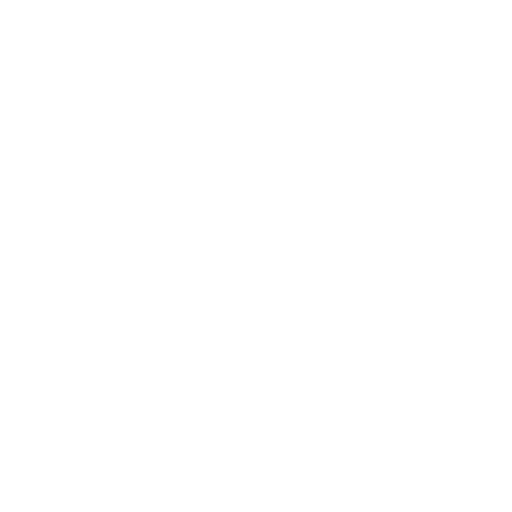 Menu
Latest news
Stay up to date with our blog to learn more about what's going on in Athlone throughout the year. We stay updated each month so stay tuned for more.

The Best Historical Sites To Visit In Athlone

The town of Athlone is an ancient crossing on the longest river in Ireland, the River Shannon. Athlone is home to a rich ancient history that can be seen etched into the landmarks around the town. From castles to crumbling historic churches, Athlone is home to it all.

Here are 4 of the most popular historical sites that you can visit in Athlone today.

In the 13th century, John de Gray, the Bishop of Norwich, built this castle during the Norman Invasion of Ireland.

This impenetrable fortress was positioned here so it could protect the crossing point on the River Shannon.

It was reinforced numerous times over the years to make it more resilient to different battle tactics such as cannon fire.

The most recent restoration of Athlone Castle was only a few years ago in 2012. This helped preserve the castle for generations to come and made it what we know today.

The castle holds a lot of history for Athlone. When you visit the fortress you’ll be stepping into the footprints of historic kings and fearsome generals that walked the building’s grounds.

You’ll hear all about the bloody battles that were fought over the walls of Athlone Castle. You’ll also be able to view a 360 degrees cinematic depiction of the Siege of Athlone.

This siege happened during the Williamite War in 1690. You’ll be able to witness what it was like to stand within the walls of Athlone Castle during that time. 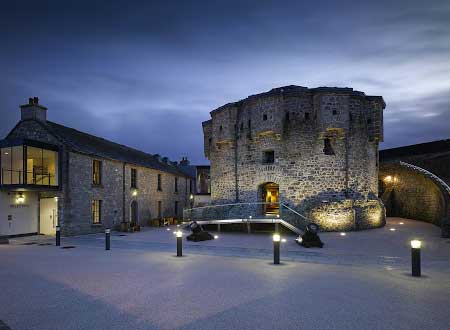 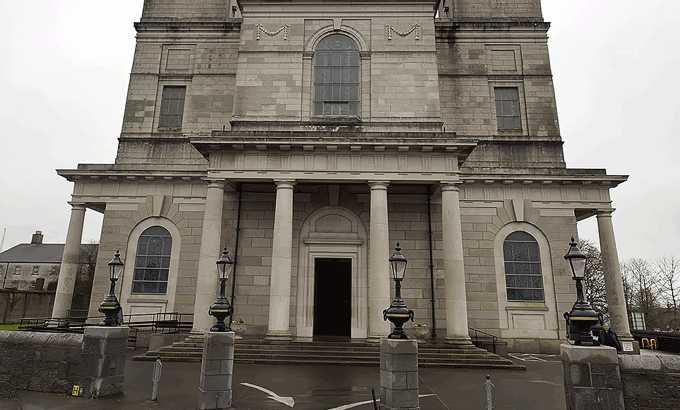 Church of Saints Peter and Paul

Another one of Athlone’s most eye-catching historical landmarks is the Church of Saints Peter and Paul.

This neo-Baroque church is located just in from the west bank of the River Shannon. The church is actually a lot newer than it looks and was only finished in the 1930s.

The ground floor of the church is built from beautiful white limestone. Its bold architecture and pair of Italianate towers is a stunning sight to behold.

There are six stained glass windows in the church which were painted by the glass painter Harry Clarke. Inside the church, there are replicas of both Michelangelo’s Moses and his Pietà.

When you travel down the River Shannon you’ll eventually end up at the ruined monastic settlement of Clonmacnoise. It’s located between the river bank and the Mongan Bog and is home to some fantastic pieces of history.

Clonmacnoise is a monastery founded in 544 by St Ciarán. It grew to become Ireland’s most important hub of religious life and education during the time.

The ruins of Clonmacnoise contains:

The visitor centre of Clonmacnoise has a selection of carved cross slabs from the site on display. There is also a magnificent 10th century Cross of the Scriptures on display which gives us a fascinating glimpse into the history of the area. 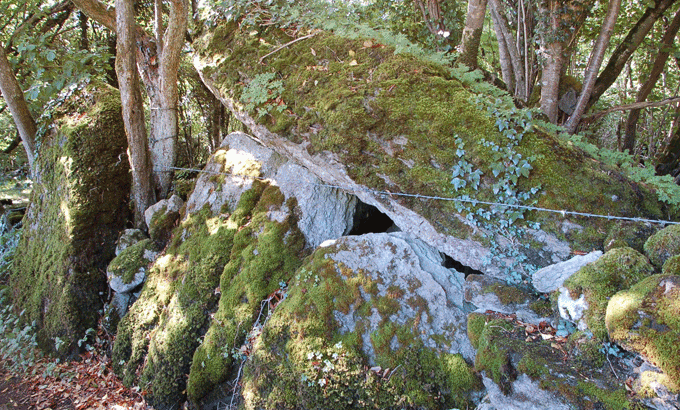 Near Bellanamullia, past Athlone’s western suburbs, is an amazing historic landmark. A megalithic portal tomb that was hidden here for thousands of years before it was discovered in the 1960s.

It was found by two local children after they stumbled upon some stone axes. The axes were probably buried with the body of a king or chief.

The monument is 5,500 years old and you can find it by following the bridle path near Bellanamullia.

Be careful though, the enormous stones are camouflaged by a lot of moss. It can be easily missed if you don’t know what you’re looking for.

The Meehambee Dolem is a wonderful historical find and the 25-ton capstone is absolutely stunning to see up close.

These historic sites are the perfect places to visit after you’ve cruised down the River Shannon.

On River Run, we can take you to some of the most historical sites in Athlone, while you enjoy a relaxing ride on our luxury cruiser.

If you want to see Athlone from a whole new light then get in contact today and book your river cruise.